Is Adultery a Criminal Offence in Uganda? 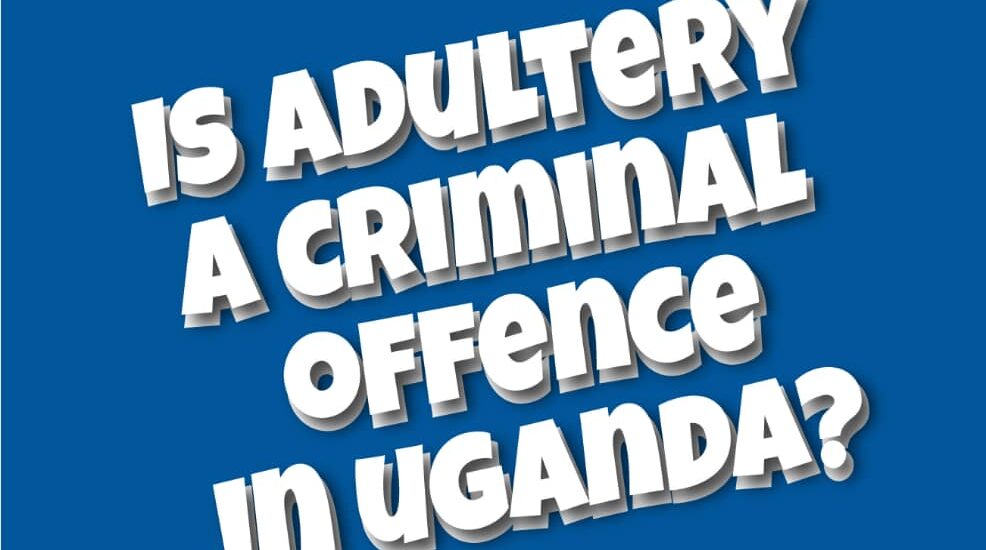 Section 154 (1) of the Penal Code of Uganda states that any man who has sexual intercourse with any married woman not being his wife commits adultery. The punishment is imprisonment not exceeding 12 months or a fine of UGX 200/= up to UGX 1200/=. Section 154(2) of the Penal Code goes further to state that any married woman who has sexual intercourse with any man not being her husband commits adultery and is liable on first conviction to a caution by the court and on subsequent conviction to imprisonment not exceeding six (6) months.

Therefore, the law provided that married women who had sex with other men save for their husbands were guilty of adultery. Also only married men could be aggrieved in the case of adultery. An aggrieved husband would be compensated with up to Ugx 1200/= but an aggrieved woman got nothing whose husband was cheating got no compensation. The law was mostly unfair to women as it provided for imprisonment for being adulterous while cheating men with married women could pay a small fine.

Previously it used to be common to see women taken to Police after being caught in flagrante delicto (A Latin phrase that means someone being caught during the act of a crime or sexual act). Rarely did such cases progress to court. It was mainly for purposes of intimidation and embarrassing the cheaters.

Therefore, adultery in Uganda is no longer a crime that requires the involvement of police. One can merely use it as a ground for divorce. It remains a crime though in some countries like Rwanda, Hawaii, Afghanistan and one can face jail time or monetary fines.